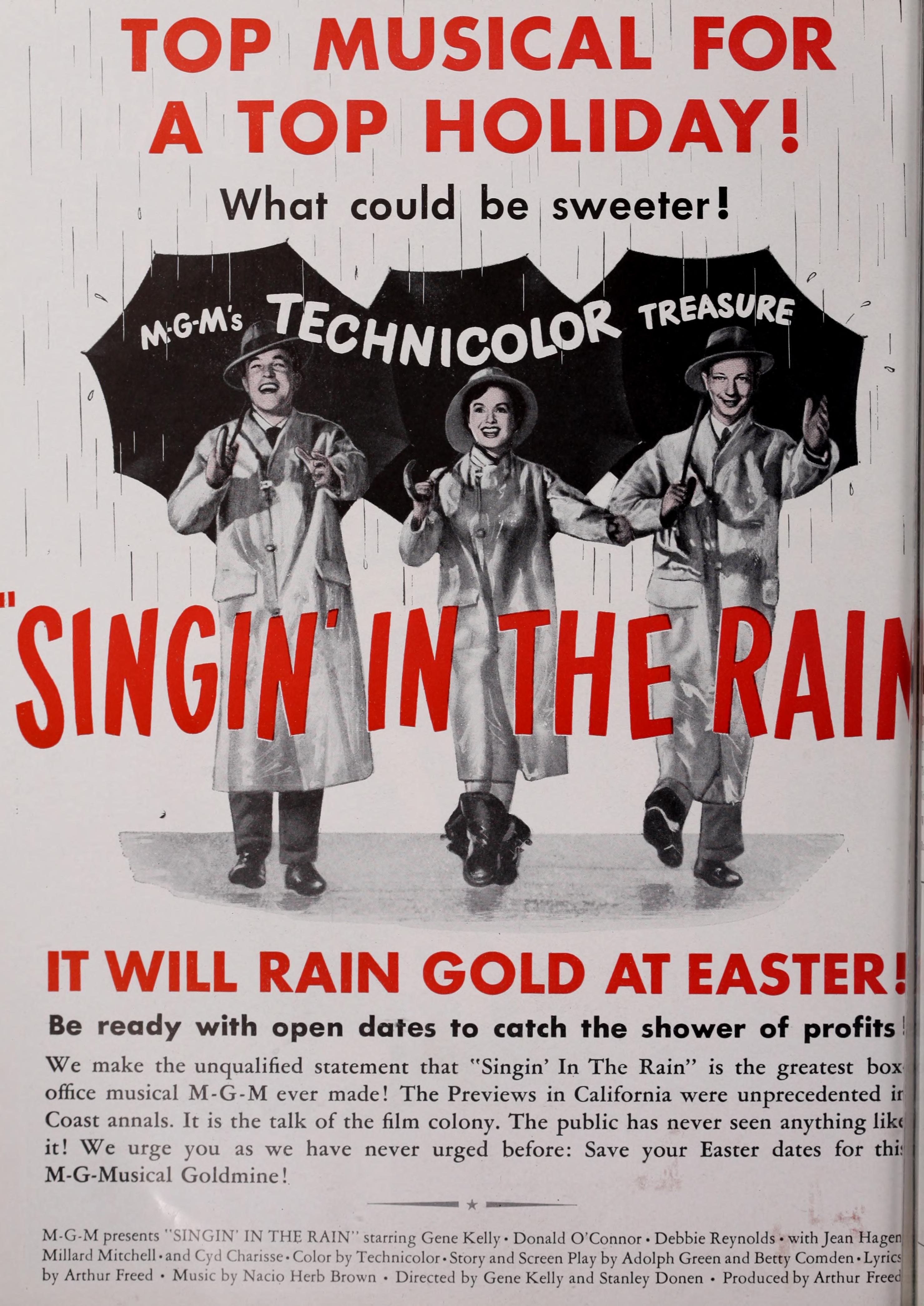 1. This film is set 30 years prior, as a celebration of the advent of "talkies" (The Jazz Singer) and the end of silent film. When you watch it, does it feel like you are in the '20s? Another way to think about this is to consider a more modern film set in the past, such as Once Upon a Time...in Hollywood, connected to Singin' in the Rain in the exhibit. If you saw that movie, did you feel transported to 1969? Why or why not? What role does music or the film's soundtrack play in taking the viewer to another time?

2. Singin' in the Rain was voted in the 1970 AFI (American Film Institute) as one of the top ten American films. How do you feel, in 2020, the film fits into American film history? What are the parts of the film that resonate with you as a viewer nearly 70 years later?

3. In the 'classic American musical,' production numbers grow out of the emotional needs of the characters, and also serve to move the plot forward. How does this strategy work? Does it also work for modern musicals (Hamilton, etc.)?

Singin' in the Rain is categorized, along with A Star is Born (1937), La Bamba (1987), L.A. Story (1991), To Wong Foo, Thanks for Everything! Julie Newmar (1995), and Once Upon a Time...In Hollywood (2019) as part of LA Aspirations in Los Angeles: On Film and On Record.. The curators have noted that "the movie magic projected on theater screens and in our living rooms presented an idealized image of Los Angeles as a space in which adversity could be overcome and dreams could come true."