Study of important constitutional issues and cases that have affected the Chicano community. Examines how American political institutions, operating under the framework of the U.S. Constitution, have influenced the civil and political rights of Chicanos. 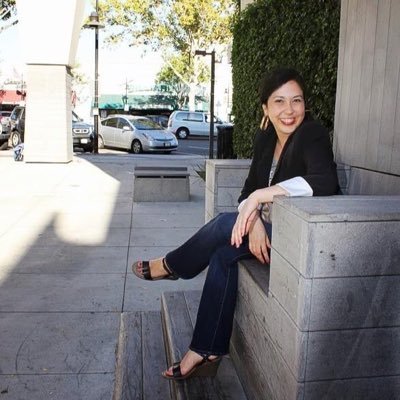 1903 In Oxnard, Calif., more than 1,200 Mexican and Japanese farm workers organize the first farm worker union, the Japanese-Mexican Labor Association (JMLA). Later, it will be the first union to win a strike against the California agricultural industry, which already has become a powerful force.

1904 The U.S. establishes the first border patrol as a way to keep Asian laborers from entering the country by way of Mexico.

1912 New Mexico enters the union as an officially bilingual state, authorizing funds for voting in both Spanish and English, as well as for bilingual education. Article XII of the state constitution also prohibits segregation for children of "Spanish descent." At the state's constitutional convention six years earlier, Mexican American delegates mandated Spanish and English be used for all state business.

1914 The Colorado militia attacks striking coal miners in what becomes known as the Ludlow Massacre. More than 50 people are killed, mostly Mexican Americans, including 11 children and three women.

1917 The U.S. Congress passes the Jones Act, granting citizenship to Puerto Ricans under U.S. military rule since the end of the Spanish-American War.

1933 Latino unions in California lead the El Monte Strike, possibly the largest agricultural strike at that point in history, to protest the declining wage rate for strawberry pickers. By May 1933, wages dropped to nine cents an hour. In July, growers agreed to a settlement including a wage increase to 20 cents an hour, or $1.50 for a nine-hour day of work.

1944 Senator Dennis Chávez of New Mexico introduces the first Fair Employment Practices Bill, which prohibits discrimination because of race, creed or national origin. The bill fails, but is an important predecessor for the 1964 Civil Rights Act.

1954 Hernandez v. Texas is the first post-WWII Latino civil rights case heard and decided by the U.S. Supreme Court. The Hernandez decision strikes down discrimination based on class and ethnic distinctions.  1963 Miami's Coral Way Elementary School offers the nation's first bilingual education program in public schools, thanks to a grant from the Ford Foundation.

1965 Cesar Chavez and Dolores Huerta found the United Farm Workers association, in Delano, Calif., which becomes the largest and most important farm worker union in the nation. Huerta becomes the first woman to lead such a union. Under their leadership, the UFW joins a strike started by Filipino grape pickers in Delano.

1968 Latino high school students in Los Angeles stage citywide walkouts protesting unequal treatment by the school district. Prior to the walkouts, Latino students were routinely punished for speaking Spanish on school property, not allowed to use the bathroom during lunch, and actively discouraged from going to college.

1970 The U.S. Department of Health, Education and Welfare issues a memorandum saying students cannot be denied access to educational programs because of an inability to speak English.

1974 In the case Lau v. Nichols, the U.S. Supreme Court reaffirms the 1970 memorandum, ruling students' access to, or participation in, an educational program cannot be denied because of their inability to speak or understand English.

1975 After non-English speakers testify about the discrimination they face at the polls, Congress votes to expand the U.S. Voting Rights Act to require language assistance at polling stations.

1994-1995 The fight over California's Proposition 187 brings the debate over immigration --particularly undocumented immigration -- to the front pages of the national press.

2006 Immigrants -- mostly Latinos -- and their allies launch massive demonstrations in cities and towns across the country in support of immigrant rights and to protest the growing resentment toward undocumented workers.