What is Fake News?

Fake news is information that is clearly and demonstrably fabricated and that has been packaged and distributed to appear as legitimate news. Fake news refers to a specific piece of information -- it does not refer to any particular type of news outlet or individual. 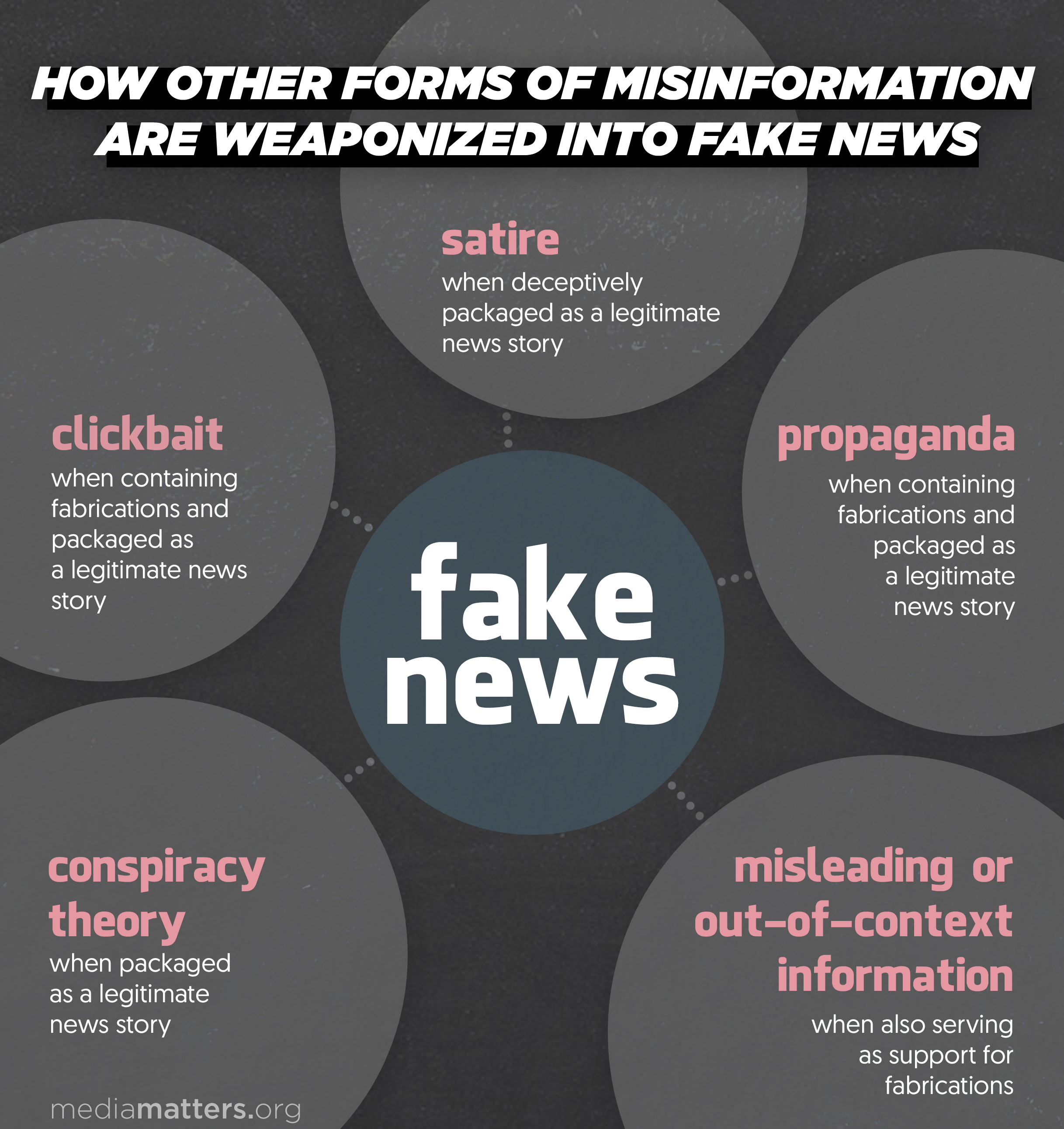 How other forms of misinformation are weaponized into fake news

Why Should I Care?

Why should you care about whether or not your news is real or fake?